Definitely time for catching up…………….

I’ve been busily working on more of my “kit stash” that I brought along for our winter stay in south Texas. My most recent (and not-quite-finished) project is another Connecting Threads kit purchased many, many years ago. 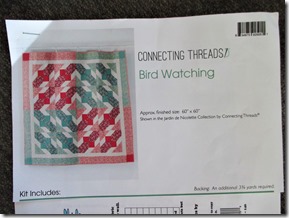 As many of you know, I am not fond of piecing and I figured that this kit really had a minimum of different prints and would be quite simple……….correct assumption. The piecing went beautifully…….my Texas Ms. Juki (2010) performed awesomely!! I was ready to begin the feathering (yup, just had to get some feather stitching going…..it’s been way too long!) when I spied this video tutorial on Facebook by Adria Good. I love her stitching approach and, yes, she is a “long-armer” but that has never stopped me from replicating motifs on my domestic machines!!!! How about you?? Here’s her video link. I had to adapt the process to a sit-down machine and a pin-basted sandwich but that was easy. Using a water-erase marker, I began an all-over serpentine line, starting at about the center of the sandwich, and meandered outwards (following Adria’s spacing recommendations) and ending at an outer edge. I, then, stitched on the marked line, which allowed me to remove the safety pins….yay!!! I knotted off and returned to the center starting point and began the feather motif………. 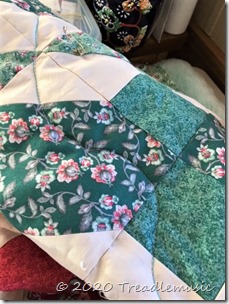 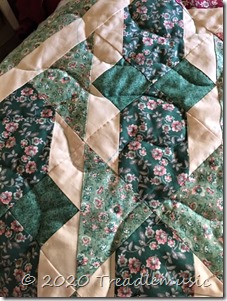 I normally stitch feathers doing the plumes on one side, then follow the spine back and do the 2nd side, but Adria’s process does both sides at the same time…..duh!! Wonderful!!!! The following 2 photos show partly completed feathering and part still the marked line………………………… 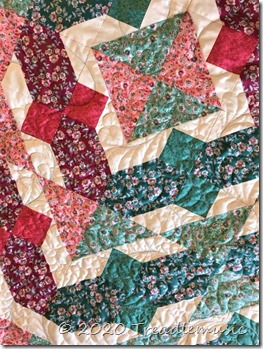 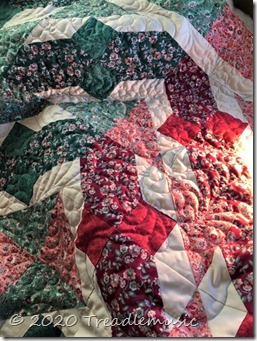 . I’ve scaled back the size of the plumes, since the quilt measures only 60”x60” and I wanted max texture. Here’s a  glimpse of the back………… 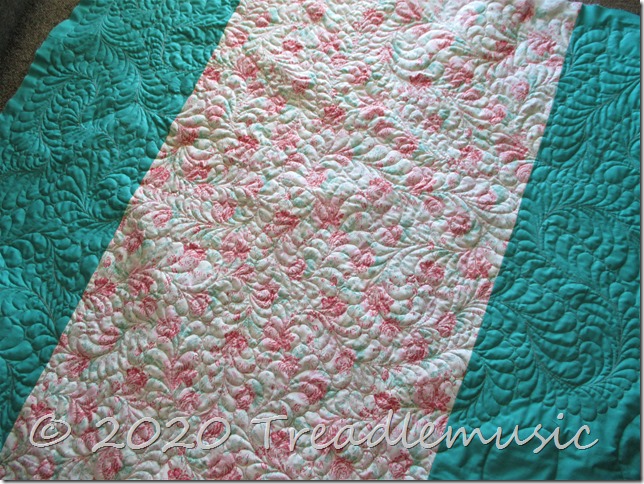 and another of the almost-finished front…………. 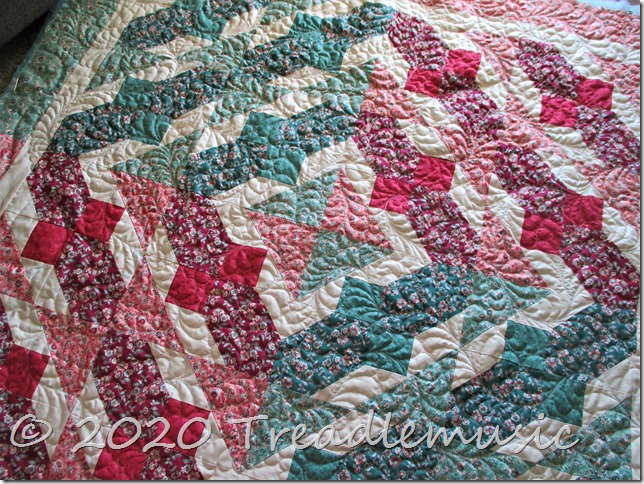 My machine set-up has been improved with the addition of a Juki industrial table. So nice to have the larger, flat area to maneuver the sandwich. The table isn’t that large (47”x20”) but I have walls on the left and the back to corral the mounds of fabric. 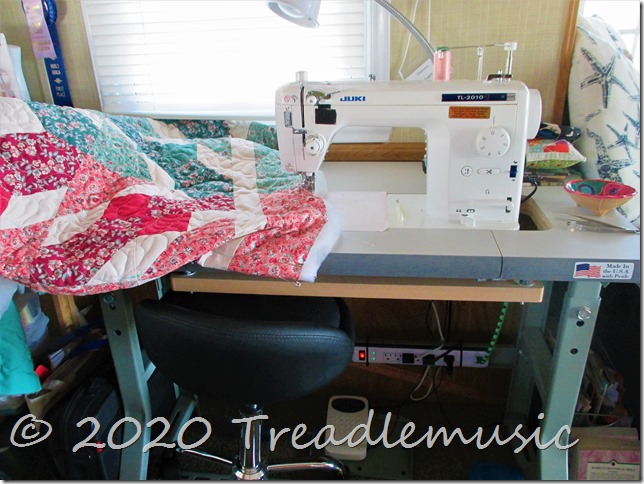 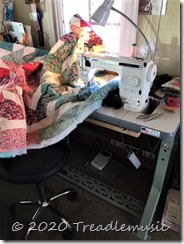 For any Juki 2010 owner who’s interested, I ordered the table from Raichert Inc. in Phoenix, Arizona (same spot I got my 2 Juki machines). Here’s the table link.

Must get back to stitching. Have an awesome weekend!!! Hugs………Doreen

6 Responses to Definitely time for catching up…………….

This site uses Akismet to reduce spam. Learn how your comment data is processed.